Elibron Classics. Digitized replica of 1834 edition by Longman, Rees, Orme, Browne, Green, and Longman, London.
Jeremy Bentham.
In moral philosophy, Bentham is well-known for quantifying values of pleasure and pain in order to maximize happiness, a format generally known as the principle of utility. Bentham became a leading theorist in Anglo-American philosophy of law, and a political radical whose ideas influenced the development of welfarism. He advocated individual and economic freedom, the separation of church and state, freedom of expression, equal rights for women, the right to divorce, and the decriminalising of homosexual acts. He called for the abolition of slavery, the abolition of the death penalty, and the abolition of physical punishment, including that of children.He has also become known in recent years as an early advocate of animal rights. Though strongly in favour of the extension of individual legal rights, he opposed the idea of natural law and natural rights, calling them “nonsense upon stilts”.
When he died, Bentham authorized the remains of his body to be given to University College London, where the remains still stand today, enclosed in a glass case and dressed in his own clothes - ostensibly, Bentham did this in the spirit of his own utilitarian principle, to allow others to benefit from examination of his body. 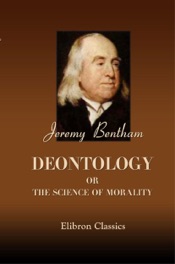